Healthy roots are the basis of a healthy plant. Roots can be affected by fungi, which will cause the roots to rot. Yet most fungi are not able to cause primary root problems in strong, healthy roots. Weakened roots can be infected secondarily with locally present fungi. In the case of a higher fungus pressure of secondary fungi, roots will be affected faster if the root weakens. It is of the utmost importance to ensure that the root system stays healthy.

Therefore, the irrigation, the EC, the heating temperature and the plant activity are all important factors in cultivation. It may be necessary sometimes to reduce the fungus pressure using chemical controls. In addition, growers are increasingly choosing to avoid root problems by means of ‘resilient cultivation’. This involves an adjustment of the biological activity around the root to make it more resistant to fungal infestations or to displace disease fungi.

Root function
The root is the part of the plant that absorbs water and dissolved nutrients. By absorbing water, root pressure is generated. The root also ensures the embedding of the plant in the substrate. The root has approximately the same structure as the stem. In the middle of the root there is the central cylinder, which consists of xylem vessels and sieve vessels. Through the xylem vessels, water and dissolved nutrients are transported to the plant. The sieve vessels ensure that assimilation products, i.e. sugar, flow from the plant to the root. 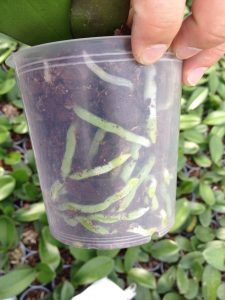 Healthy roots of a Phalaenopsis plant

Anthurium and Phalaenopsis roots
Anthurium and Phalaenopsis are epiphytes. Epiphytes are organisms that grow on plants without extracting food from them. The root consists of a core and a mantle. In the case of Phalaenopsis, the mantle consists of a type of spongy tissue and is called the velamen. The velamen is a storage place for water and nutrients. The transport of water and nutrients takes place through the core of the roots.

Fungi and plants
Fungi often live in symbiosis with plants. It is believed that 80% – 90% of all plants live in symbiosis with fungi. The most common interaction is the mycorrhiza, a mantle of fungal threads which surrounds the hair roots of plants. The relationship is beneficial for both the plant and the fungus. The plant can absorb more nutrients via the fungi. Because the mycelium of the fungus surrounds the hair roots of the plant, they are also better protected against dehydration and parasites. The fungus receives carbohydrates from the plant, which it produces through photosynthesis in its leaves and also transports to the roots. No less than 5% – 20% of all assimilated sugars are secreted through the roots. This way, the plant can benefit useful soil organisms as opposed to harmful organisms.

However, there are some fungi which can parasite a plant. On plants, parasitic species often have sucking organs at the end of the fungus thread which penetrate the cells of the plant to extract nutrients. Some of these fungi can affect the roots and cause root problems.

Cultivation measures to prevent root problems
During cultivation, factors such as substrate choice, irrigation, climate, fertilization and planning/crop care are important to make and keep the roots strong and healthy. By means of hygiene, disinfection and clean plant material, the fungus pressure can be reduced. In addition, it may be necessary in certain cases to reduce the fungus pressure using chemical controls. During recent years, more and more attention has been paid to ‘Resilient Cultivation’. These cultivation measures will be explained below, after which ‘resilient cultivation’ will be further addressed.

Substrate choice and irrigation
Because Anthurium and Phalaenopsis are epiphytes, their roots need an airy substrate. An airy substrate is important to keep roots active and to keep them growing. By changing the time between different sessions and the irrigation session amount, more or less air will be present in the substrate. In the case of Phalaenopsis in particular, if the substrate stays wet for too long, it can paralyse the root growth. Overly wet substrate will also tend to increase root pressure in the different cropsogen. 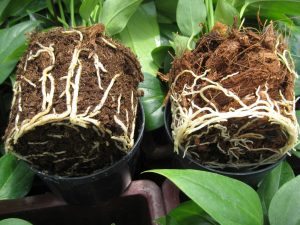 Pot Anthurium in coconut husk; the left-hand pot has a finer structure than the right-hand one.

Climate
In order to keep the roots active, evaporation and a good root temperature are needed.

Evaporation
The engine behind water absorption is evaporation, whereby water is pulled up in the plant. The absorption of water and nutrients takes place primarily in the youngest root parts, and particularly in the root hairs. If no evaporation is possible or evaporation decreases quickly, roots can weaken because of the increased root pressure. This can be restricted by avoiding abrupt transitions in the climate. In addition, the root pressure can also be controlled by irrigation and the EC. Changes and high root pressure can weaken the roots.

Root temperature
Optimum root temperature is necessary for a strong root system. In the substrate, roots do not heat up so fast by incoming radiation. Particularly when cultivating in cold temperatures at night, it takes a long time for the temperature of the full mass of substrate, water and roots to rise. Therefore it is important to bring in sufficient heat during colder nights by means of the lower tubes.

In the case of Phalaenopsis, the drying of the substrate in the pots is important to avoid stagnation of the root. By heating through the lower tube, you can ensure that the substrate dries well.

Fertilization
A good EC is a balance between sufficient possibilities to take up nutrients and preventing the impediment of root growth due to an overly high EC. In recent years, the EC has varied according to changing climatic conditions in the cultivation of cut Anthurium. Towards the winter and the rainy season, the EC can be increased in order to prevent the root pressure from increasing too much in this period and to avoid quality problems. For growing pots of Anthurium and Phalaenopsis, generally a constant EC is kept. For pot Anthurium, the EC is best controlled by analysing the compost. The optimum EC amount is approximately 0.5 EC in a 1:1.5 analysis of soil.

In the case of Phalaenopsis, the drain EC gives a good indication for avoiding excessive EC. On bark substrate, an EC of 0.8-1.2 mS/cm seems to be the best. If the EC exceeds 1.2 EC, it can be rinsed with irrigation sessions of clean water.

Planning/crop care
By spacing pot plants and removing the leaves of cut Anthurium, amongst other actions, the evaporation process of the crop changes. By not making the transitions too abrupt for the plant, the roots will also have to process slower transitions and will thus resist fungi better. Therefore, the root activity can also be influenced by good planning and regular crop care.

Chemical controls
In the case of increased pressure from fungal disease as a consequence of root problems, it is often necessary to limit these problems by reducing the pressure using chemical controls. Sometimes the option is to preventively reduce the fungal disease pressure in the period before the anticipated weakening of a plant. This can prevent the weakened roots from being affected by the fungi. 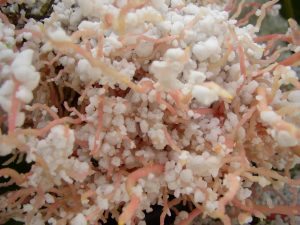 Healthy roots of a cut Anthurium in perlite.

Hygiene, disinfection and clean plant material
By observing strict hygiene across the company you should be able to keep out fungal diseases. Before entering the cultivation space, all employees and visitors should disinfect their hands and shoes. When fungal diseases are identified, ever attempt should be made to avoid spreading them in the greenhouse. This is possible by disinfecting drain water thoroughly, amongst other actions, before reusing it. Also bear in mind the risk of spreading disease when carrying out work activities. After planting, the plants are vulnerable. Provide a good substrate and ensure that the cultivation system/pots are free from fungal diseases.  And last but not least: start with clean plant material.

Resilient cultivation
In recent years, a lot of attention has been given to ‘Resilient Cultivation’ using resilient substrates. This is a substrate that uses action mechanisms which are also found in natural surroundings. These mechanisms have a preventive effect on possible crop damage caused by diseases and pests. With a resilient substrate, the vitality of roots can be improved and/or it can prevent pathogens from getting the chance to damage the roots.

In order to increase the chances of success of a biological treatment, it is usually recommended to use different means which influence both scenarios to reduce the risk of disease.

The ability of the soil to suppress a disease is a complicated phenomenon. This is illustrated by the sometimes apparently unpredictable success of several underground natural enemies. An example is the fungus Trichoderma sp. This fungus can be effective against a large number of pathogenic fungi, yet in other cases seems to be much less effective. The mechanisms of disease resistance depend strongly on the interaction between the soil life, the physical condition of the soil and the organic matter.

There is no doubt about the role of microbial soil and substrate life in terms of the extent to which a disease can be repelled. Soil organisms, and especially microbial soil life, play an important role here. There are different methods to determine the amount and the composition of soil life. With a soil food web analysis, the different levels of soil life and their internal relationships are analysed. Based on this, it is possible to adapt the natural soil life and increase its resilience. To achieve this, it is possible to work with compost, microorganisms, organic extracts or other means to control the soil life. The general idea is that an increase in microbial soil life results in competition in the soil, which has an adverse effect on pathogens. Source: 2011 DLO Wageningen UR glastuinbouw

Effect of substrate type on micro life
It has also now become clear that micro life also plays an important role. The substrate determines to a great extent the composition of the soil life. As a substrate, coconut husk is rich in all soil life. Rock wool is rich in bacterial organisms, but the amount of fungus biomass lags behind with rock wool compared to coconut husk. The composition of the organic matter in substrates is of decisive importance. In the case of high levels of nitrogen, bacteria prevail. Fungi depend on the range of larger carbon compounds, which cannot be digested by bacteria 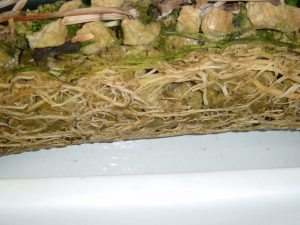 Healthy roots of a cut Anthurium in rock wool

Root problems can be primarily avoided by keeping the plant strong and healthy. The cultivation measures which influence this have been discussed before. Should a plant be slightly weakened, it is important to avoid disease fungi around the roots of the plants. Thanks to a good hygiene policy, fungi can be kept as much as possible outside the greenhouse and any possible spread inside the greenhouse can be avoided. In addition, chemicals can be used to reduce the fungus pressure. Resilient cultivation offers more and more possibilities for keeping plants stronger and healthier as well as protecting them against fungal disease. This makes it possible to increasingly reduce the risk of root problems.

NB: for the part of the text about “resilient cultivation”, the following source has been used: Resilient substrate: draft matrix (2011 DLO Wageningen UR glastuinbouw) 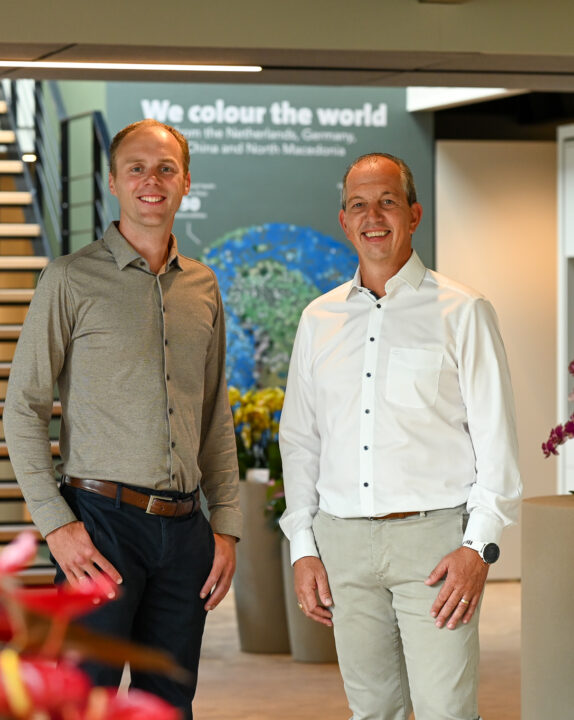 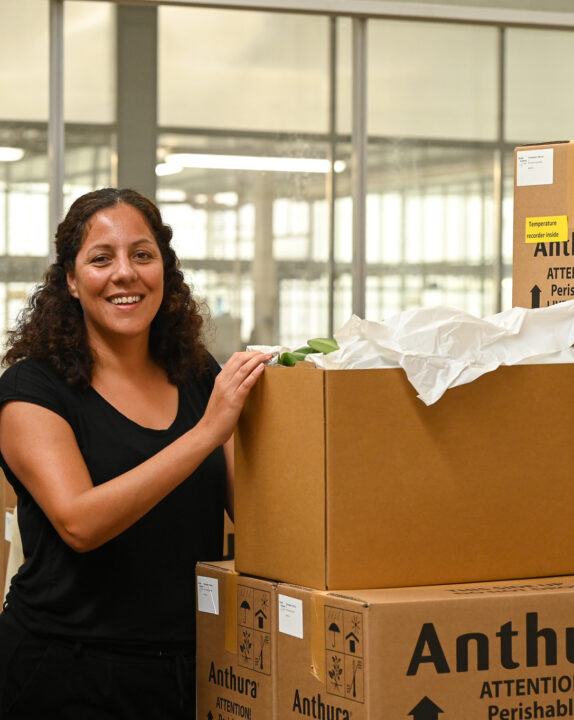 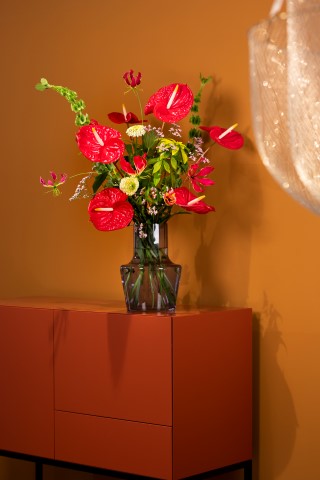