Anthura’s family roots go back to 1938, the year when the first generation of the Van der Knaap family started a horticultural company. In eighty years we have grown from a small family business to a worldwide specialist in Orchids and Anthurium. 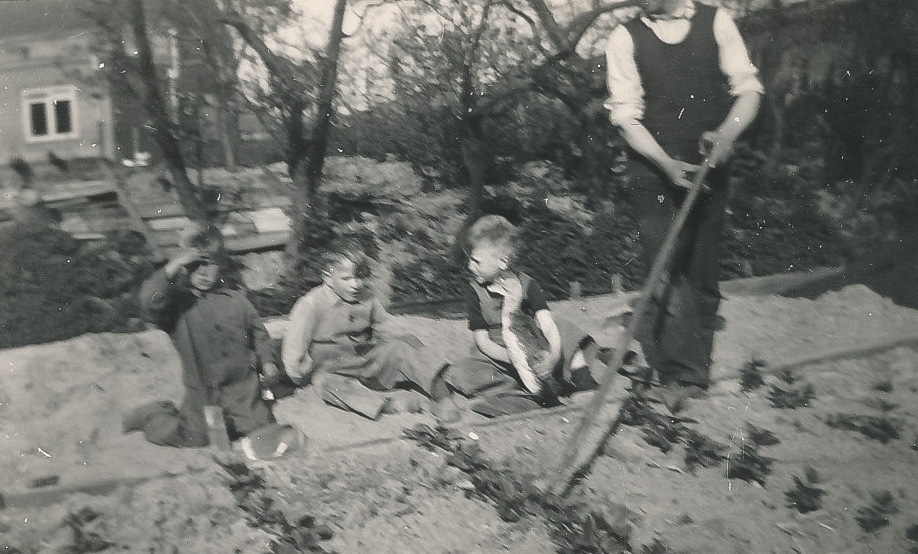 1959
The young Nic van der Knaap starts working with his father Jan van der Knaap at the age of 15. At that time, it took a lot of work by hand in the mine wood greenhouses. 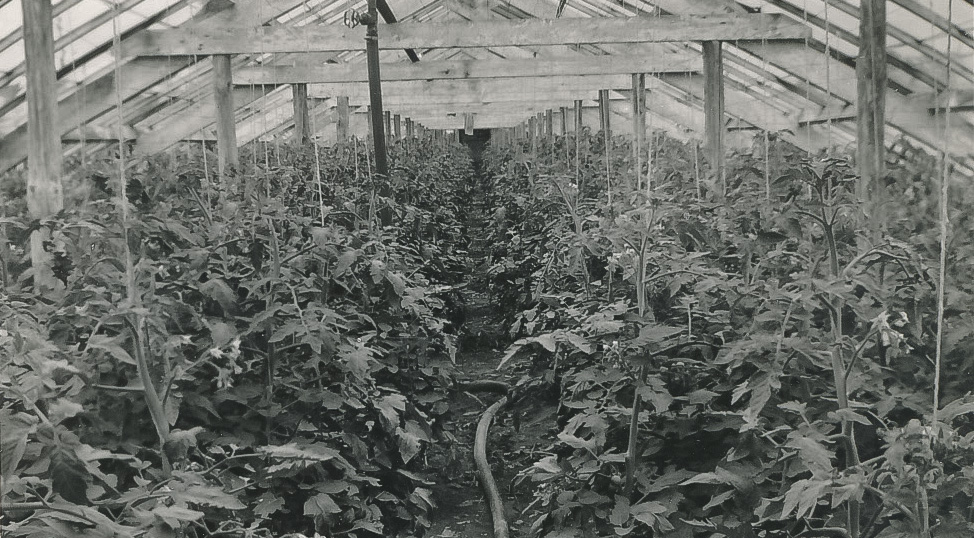 In 1973 Nic van der Knaap takes over the company of his father and focuses more and more on the breeding of Anthurium. 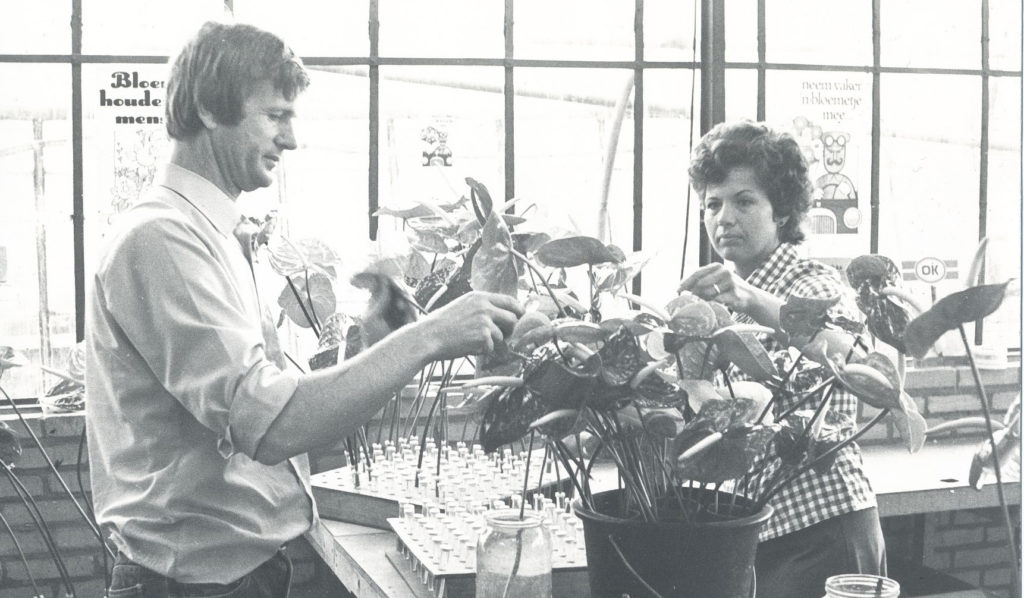 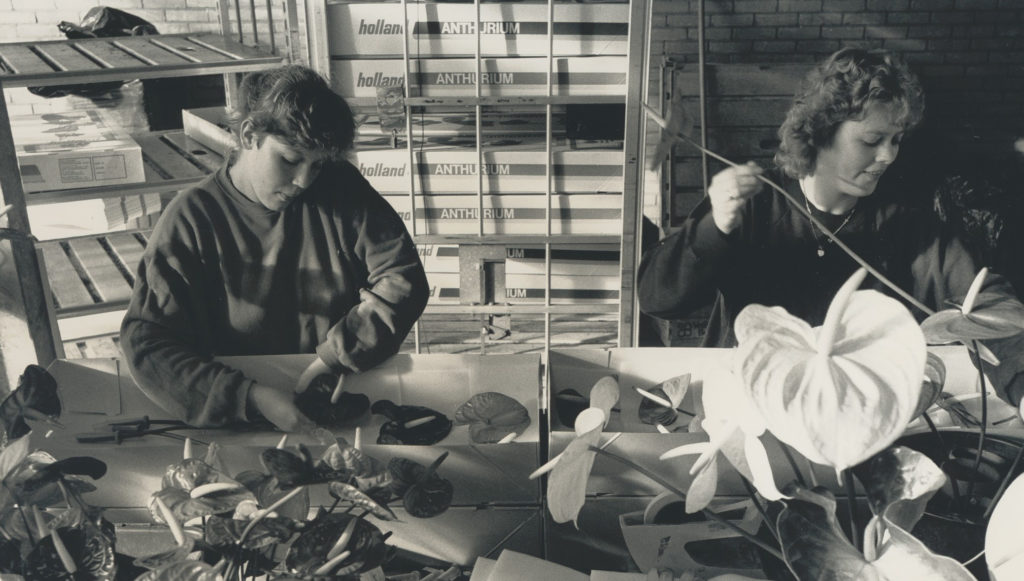 In 1991 the production location for Anthurium young plants at the Groendalseweg in Bleiswijk, the Netherlands is officially opened.

1991
The company moves and opens a large greenhouse at the Groendalseweg in Bleiswijk, the Netherlands. Nic van der Knaap Anthuriumselecties is a fully equipped cultivation company for Anthurium plants. 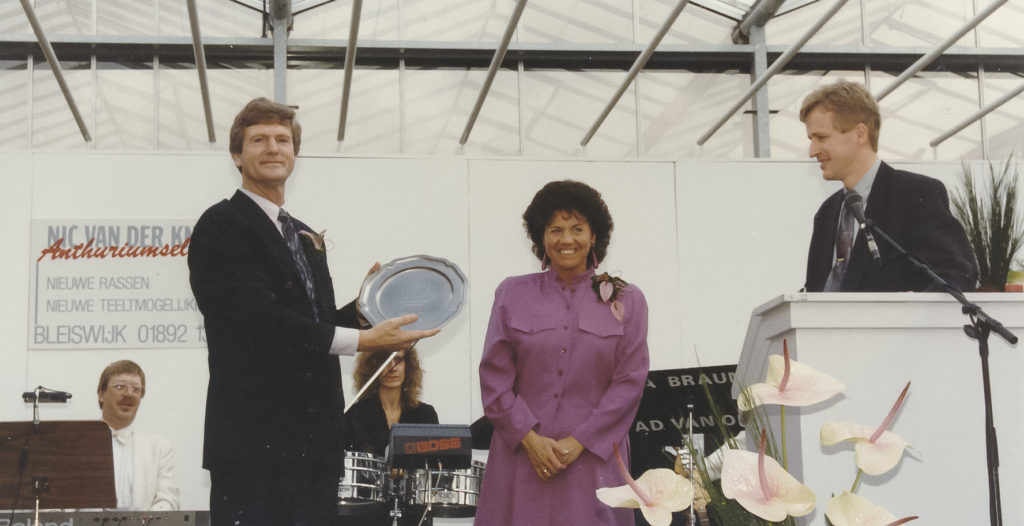 A few years later, in 1995, the company took over the German company Gunter Arndt Jungplantzen, located close to the Dutch border. Herewith the genetics of Phalaenopsis is added to the assortment. At the same time, the company is from that moment on named Anthura B.V.. 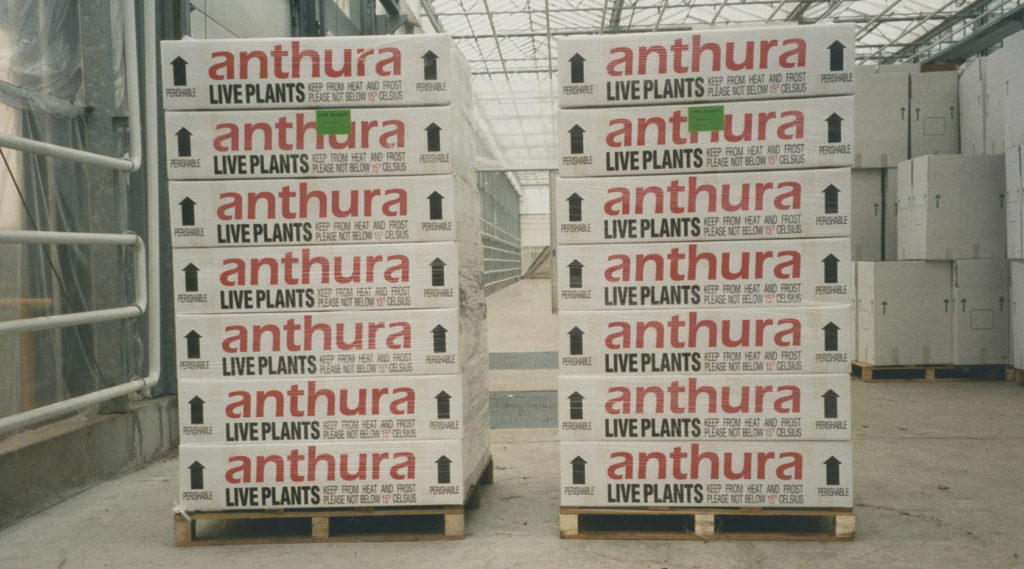 The Anthura company grows and almost every two years new locations are being opened or extended.

2004
After 40 years Nic van der Knaap officially hands over his responsibilities as owner and the younger generation takes over.  The direction is formed by Mark van der Knaap, Marco van Herk and Iwan van der Knaap. 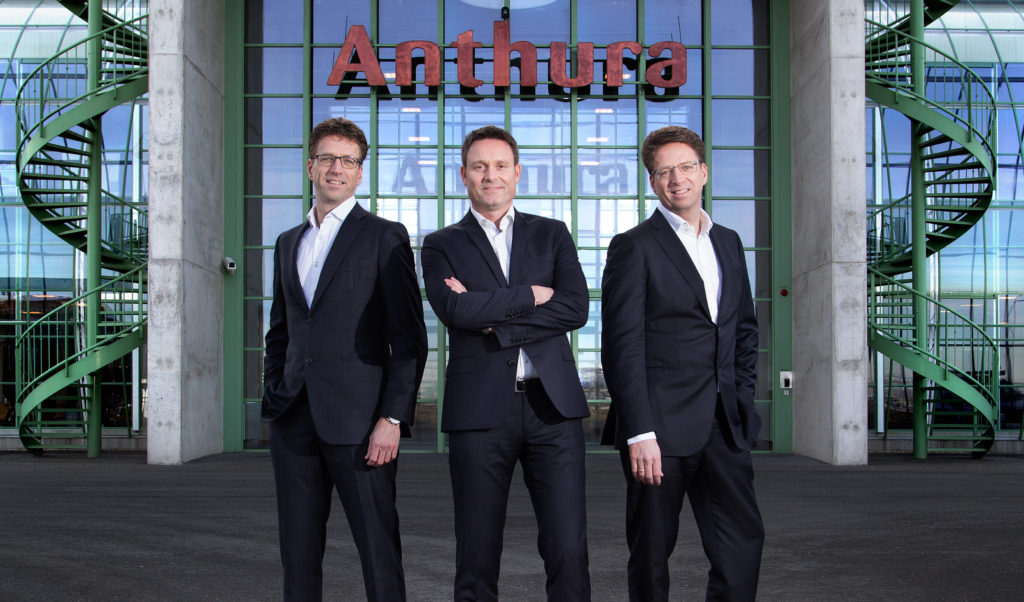 The following period characterizes visibility through international growth. From that moment on developments and innovations follow in a high pace. Where first Anthura Arndt in Germany is expanded, Anthura also expands its business for the Chinese local market. 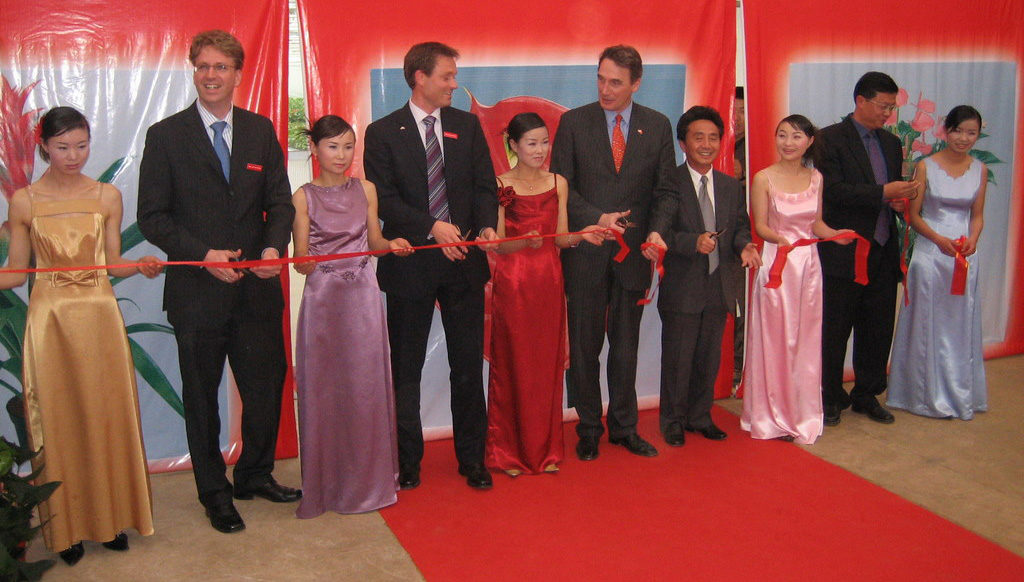 2009
The modern greenhouse for production of Anthurium young plants at the Cyclamenweg in Bleiswijk, the Netherlands is opened in the year 2009. 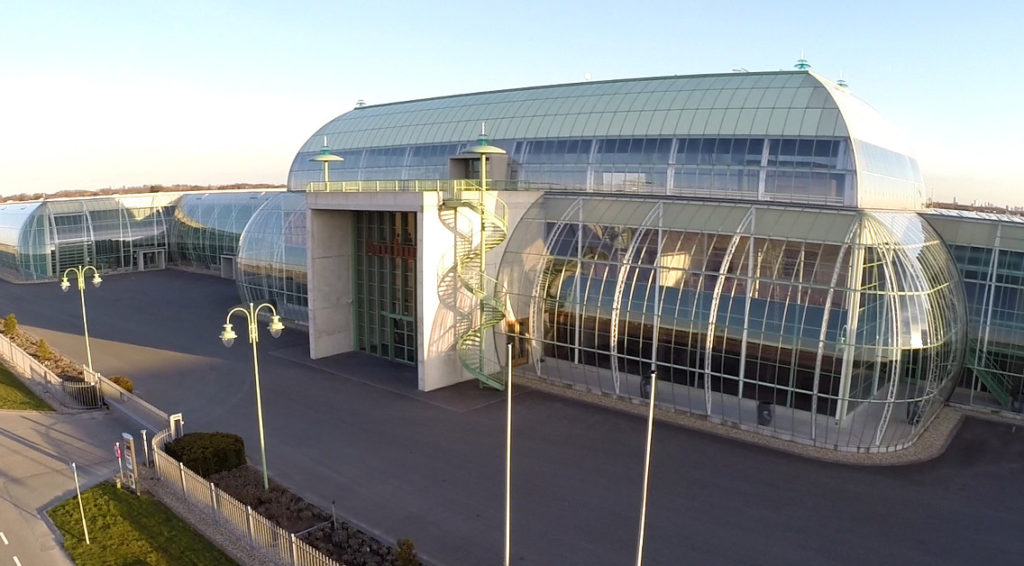 Over two years ago, in 2015 a private laboratory in Macedonia is opened and the expansion of Anthura Arndt started.

2015
A private invitro laboratory in Macedonia is opened for the propagation of orchids. 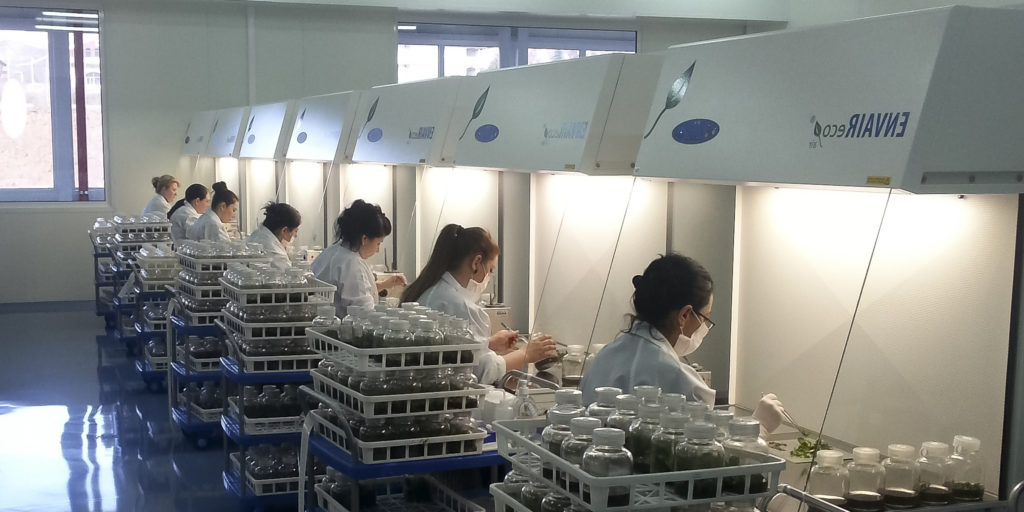 The history of Anthura seems to be one of continuous prosperity. But this is not the case, by adhering to a long-term vision, a clear focus on expertise, entrepreneurship and flexibility we are today a world player in Orchids and Anthurium.

With this ‘rich’ history, it promises to be a memorable 80 years anniversary and with a look at the future we go for the 100!