When thinking of California you probably imagine Hollywood, the Golden Gate bridge of San Francisco, the hills of Beverly Hills and the sea lions along the coast. The third largest state of the United States, with the country’s highest population, is also the scene of the annual California Spring Trials, the biggest event in the horticultural sector in America. 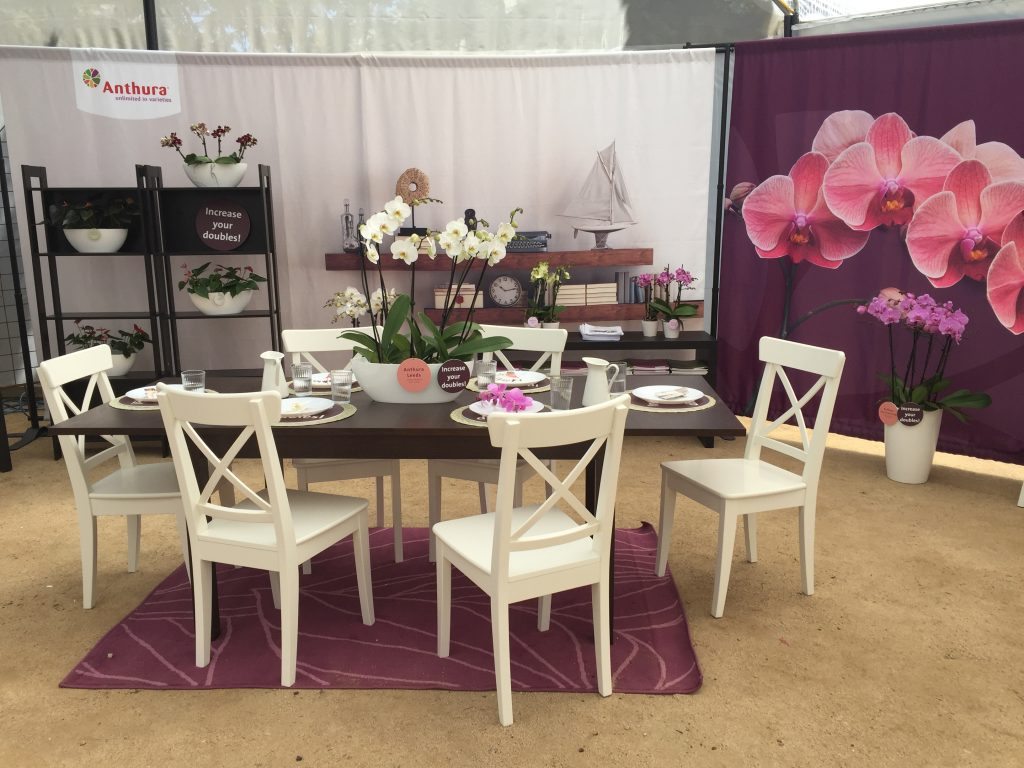 The California Spring Trials are comparable to the Flower Trials in Holland. Several breeders hold open house and show their mostly new varieties. The event lives up to its name; since the start there has been a strong accent on springtime products. Among the large diversity of bedding plant providers, Anthura is the number one stop for indoor plants.

We have a stand at Grolink for the second consecutive year, where we are together with parties like Schooneveld Breeding and Florist. The appeal of this collective became clear very quickly from the large amount of preregistrations!

One of the major differences with the Flower Trials of week 24 in Holland is that all visits are by appointment. Americans turn out to be very punctual. The buses in which large groups of buyers, sellers and traders, the so-called brokers, travel around California keep to a tight schedule. As soon as they visit a location, they start ‘competing’ for attention within their programmed visit. Fortunately, a lot of growers and brokers came on an individual basis, so we were able to devote enough time to them and give them personal attention.

In order to present our varieties Anthura Leeds and Alabama® in an attractive way, this year we chose an American living room setting – literally, with a presentation on a large dining table flanked by other furniture. This way, our products were beautifully presented and the application possibilities became clear immediately. 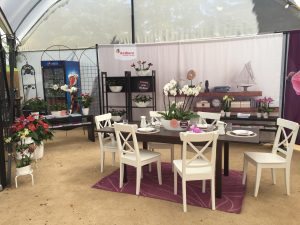 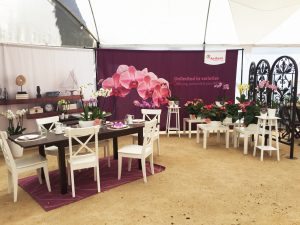 At our stand there was also a lot of attention for the way in which we offer our orchid assortment. With our slogan ‘Increase your doubles’, an emphasis was put on the fact that our varieties have two spikes. These varieties, with a high percentage of plants with two spikes, are very popular as this is a new feature on the American market.

We are looking back on a successful event that is certainly worth repeating!

This article is part of the Anthurinfo, editoin 2 -2017. Please click here for the complete edition.